skip to main | skip to sidebar

Watch Your Back, Martha Stewart!

While eating lunch at home yesterday, I flipped on the TV and came across Martha making this recipe. Now, I didn't get any exact measurements for the ingredients, but it seemed pretty bullet proof. Or, as my husband says, "Cohen proof." That's in reference to the fact that my mom was a lousy cook (RIP), and I have, historically, until 2009 (the magical year??), also been a lousy cook.

So here's how I pulled together this amazingly simple and delicious recipe......

Part A
1. In big skillet, heat olive oil. Saute diced carrots and diced fennel and saffron threads for 5-7 minutes.
2. Into same skillet, toss in the shrimp. Saute until shrimp turn pink/orange, then add about 1 cup of the veggie/chicken broth. Continue cooking until shrimp are done to your liking. Salt and pepper to taste.

Part B
1. In another skillet or pot, bring 2 cups of water to a boil, and add 1 cup (dry) quinoa. Lower heat and simmer.
2. After about 10 minutes, add the golden yellow raisins. Simmer about another 10 minutes. Add 1/2 cup veggie broth. Continue to simmer until fluffy looking.

Part C
1. In a bowl, put a scoop of the quinoa/raisin mixture. On top, add scoop of shrimp/veggie mixture.
2. Eat

Part D
1. Graciously receive props from your family on what a fantastic, creative cook you are! 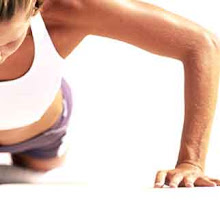 I live in San Diego with my 2 dogs, 1 husband, 2 guitars, 1 flute, 1 fiddle, 2 bicycles, 1 surfboard, 1 pair of skis, 3 wetsuits, 4 swim suits, 3 pairs of swim goggles, and a pair of in-line skates. I'm a certified personal trainer (NASM), a USA Triathlon L1 Certified Coach, a certified water fitness instructor (USWFA), and a TRX suspension training instructor. My passion is to help others get healthy, fit, and strong, and to help them discover their own athlete within.

On Land
All sessions are one hour long, and consist of a 50 minute workout, plus 10 minutes of post-workout stretching, coaching on form, skills, nutrition, goals, and motivation.
Private Session.....65.
Duet (2).....50./pp
Semi-Private (3-4).....40./pp
A Balanced Life
Fall-Prevention Training
Fall prevention courses are custom designed to meet your needs. Please ask for a quote.
Water Fitness
One hour aqua class.....$75
Diet & Nutrition Makeover....175.
Learn how to eat healthier, learn what foods to buy and what not to buy. Learn how to recognize healthy recipes, and more. Includes up to 4 hours of one-on-one consulting in your home and at your favorite grocery stores. This session will be the cornerstone to a new, healthier you!